The Tibetan calendar. Calculation of the start date of months, double months, etc. 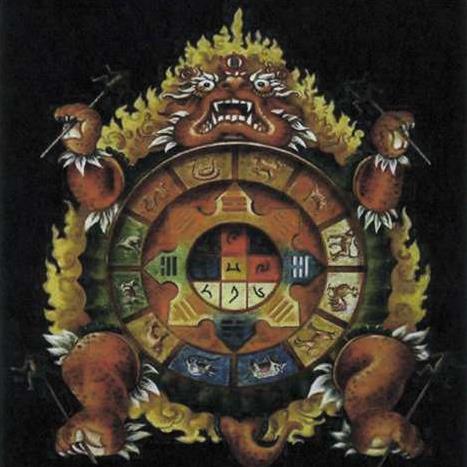 How do I calculate monthly data for a year?

According to Tibetan astrology, it should be taken into account that there can be 12 or 13 months in a year. Accordingly, there is a certain point that can mislead and complicate further life. This refers to the calculation of the so-called extra month, which can be any of the months of the year (for example, this year 2019 has a second first month).

Due to the ratio of 67 to 65 (the number of lunar months in relation to solar months), there is one additional month in every 33.5 months (we will need this ratio later in the calculations). That is, if we divide the month number (ordinal from the initial base date) and select the whole part, we get a number that differs from the previous one - this means the beginning of a new cycle to determine the next double month. The calculations in the material will be indicated on the basis of several years. One year without an additional month and two years with additional months. This variation will be accepted for clarity.
So, what is the general sequence of operations? There are several stages here.
1. The definition of the first lunar month, as it was done in the previous materials.
2. Drawing up a table for 13 months (with a margin of one month) for the remaining calculations. The table contains the ordinal number of months from the start date and the ordinal number of the month in the year
3. Determining the number of cycles of double months that have passed since the beginning (divide by 33.5 and subtract a possible correction of 0.02)
4. Finding a double month when the data obtained in paragraph 3 of data.
5. If there is a double month, we change the sequence numbers of the months in the year.
6. Determination of the modified Julian date
7. Determination of the Gregorian date
8. Determining the nearest new moon
9. Determining the beginning of civil twilight on the day of the new moon to accurately determine the beginning of the month (if after twilight, then the beginning goes to the next day)
10. Publishing a list of months for the calendar
As you can see, the number of actions is very small. In addition, some of them can be done either on a calculator, or find data on some Internet sites on astronomy.
Next, we will focus a little more on the calculations. Calculations will be made for the following years: 2018, 2019, 2016. The results of all operations will be tabulated for convenience.

3-5. Make the calculation according to point three and supplement the table with the obtained values

6-10. At the moment, we have determined which months will be double, which will not.

Now we need to define modified Julian dates to approximate the start time of a new month. The table will change its appearance somewhat, since we no longer need columns with coefficients. Now let's build the tables for each year separately (for clarity)
The calculation of the modified Julian date should be carried out according to the formula:
-1040550,3932+(номер месяца)*29,530588
Based on various network services, we determine the Gregorian date (we will not give calculations here either, although they are simple). We can find the dates of new moons for different years on the Web. Therefore, we will not carry out the calculation (it is quite long). In the table, we will enter data for Moscow (for other cities, the occurrence of this event, and, accordingly, the months, may be different). We also determine the time of civil twilight and remember that if the date of the event occurred after them, then the event, according to Tibetan astrology, is postponed to the next day.